With all the advantages that come with consolidations and mergers, some real estate associations still find it difficult to do. But why?

I’m a member of two real estate associations that were recently on the verge of becoming one. Unfortunately, due to lack of member votes and the low percentage of member involvement, it didn’t happen.

It made me think of an article I read awhile back in Realtor AE Magazine. A few account executives divulged their take on the matter to the National Association of Realtors (NAR), saying, “With all the benefits of mergers, it may seem that the process is quick and easy, but that’s often not the case.”

This could not ring more true after undergoing what I just witnessed as a missed opportunity.

In an Inman post from a couple years ago industry experts said, “Consolidation would be more common if it weren’t for money and politics.” We are still facing these same hurdles today.

Most boards have vision. But what’s lacking are resources and a budget to get the job done. Yet once these smaller associations merge with a larger one, dreams become reality.

It’s a simple concept really. With consolidation and increased revenue comes reward. Boards are able to do more for their members and in turn make those annual membership dues worth everyone’s while.

“The advantage of merging with larger boards is, generally, the resources and the professional staff that are on board, and this enables the small-board members to dream bigger,” said Cooper.

I’m a member of several boards. I have to be. And because the territories we cover are broken into smaller associations, it creates a lot of disconnect. The costs are greater, too, but am I getting what I’m paying for?

Consider the success of consolidated associations like those in Miami, Austin and Las Vegas. These boards were able to merge and offer a wealth of benefits to their members while still retaining their local identity.

The smaller boards didn’t get swallowed up. Rather, they were encouraged and inspired to do more, create change, scale up, think bigger. This isn’t only happening in the top 20 markets either, but in areas you would least expect, like Cleveland.

“We merged because we had a vision for a much larger and stronger organization that could provide more for its members and could do more in terms of both community service and advocacy.

“For example, in community service — before, we would volunteer at a homeless shelter, but now we’re able to partner with municipalities and organizations to fight homelessness. It’s just thinking bigger and scaling up the type of projects that we’re able to take on.

“The Akron association merged with the Cleveland association in 2013 because its leadership thought this would be best for the members. Although merging had been discussed on and off for 30 years, it was just a matter of finally having the right group of people involved in leadership who were ready, willing, and able to move forward.”

Furthermore, by consolidating resources, boards are finding that they have more time on their hands to devote to greater goals. Associations can be more efficient in serving their members as well as the public, who reap the benefits, too.

By adding services and helping agents be more efficient, boards are finding greater participation from their members, and thus, accomplishing the things that matter most.

Think of it this way. Most agents are paying membership dues to multiple associations but not because they want to — they have to in order to maximize exposure and gain access to a specific MLS.

But what if the dues they paid actually meant something? What if you had members who rolled up their sleeves and got involved, promoted change and moved the association into the future?

A lack of votes and poor member participation isn’t because agents are too busy or don’t want to be involved. It’s a variety of factors, many of which point to associations that think small as well as boards that have micro-managed every aspect of the MLS and created a disconnect among market leaders.

Imagine the power that would come from uniting California associations. The result would be overwhelming.

It’s time for the old guard to step aside. Time to reset, look at the benefits and stop being afraid of paperwork, profits and logistics. Even though a board might recommend a consolidation, it’s up to membership to inform itself and gather the facts.

Agents across the country are demanding change, and it is up to leadership, as well as association members, to make it happen.

Next address for The Address? Long Beach

HOW TO TALK TO CLIENTS ABOUT IBUYERS

WHO SHOULD ATTEND HOME INSPECTIONS? 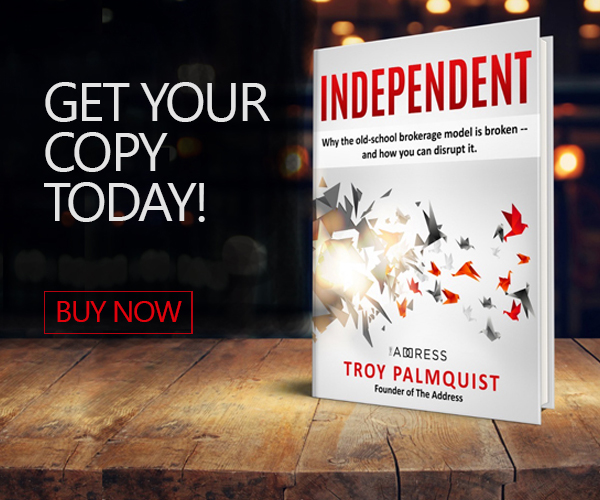